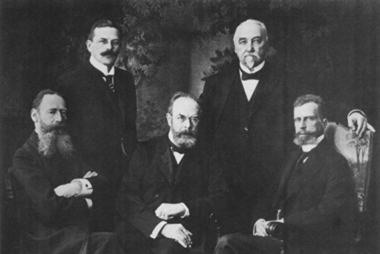 MünchenerHyp was founded on 2 December 1896 as the Bayerische Landwirthschaftsbank. Intensive political discussions took place before the Bank was founded concerning the Bank's business purpose and legal form. There was agreement that farmers and the agricultural sector, which had suffered great hardship following the liberation of peasants when they became become free entrepreneurs, needed support in the form of mortgage loans at fair interest rates. The Bavarian state government proposed a compromise: a mortgage bank organised as a cooperative. This proposal found a majority in both chambers of the Bavarian Landtag (state parliament). 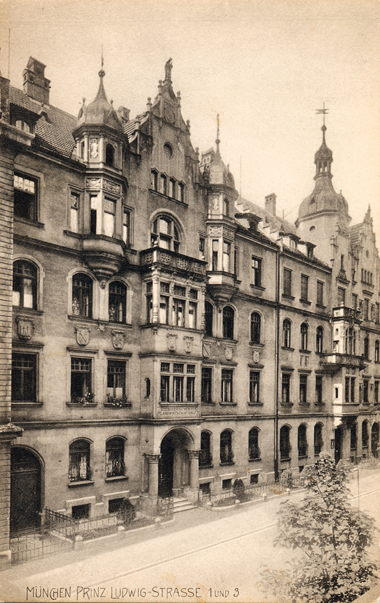 The Bayerische Landwirthschaftsbank began doing business on 1 April 1897 at Prinz-Ludwig Strasse 3 in Munich. The building complex, which still exists today, belonged to the Bavarian Agricultural Council and housed not only the council and the Bank but also the Bavarian Association of Agricultural Cooperatives and its central treasury.

The State of Bavaria state supported the start of the Landwirthschaftsbank with an interest-free loan of one million marks. A commissioner who supervised the business guaranteed the Bank's solidity. According to the statutes, loans were only granted to cooperative members, who also had to be from Bavaria. 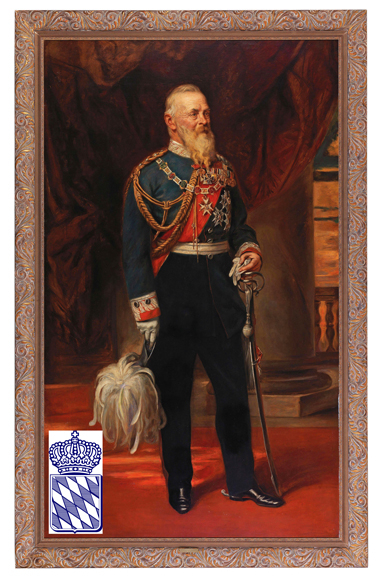 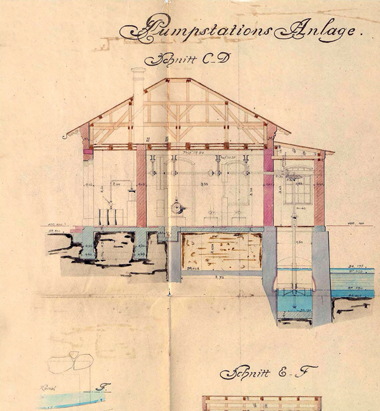 The Bayerische Landwirthschaftsbank was successful from the start and grew rapidly. It financed farmers, who mainly used the Landwirthschaftsbank's loans to pay off old debts. In addition, loans were made to Bavarian municipalities. The Bank’s  municipal loans made an important contribution to the development and modernisation of Bavaria's rural infrastructure, for example by financing modern water supplies or the construction of railway lines.

Around the turn of the century, for example, the Landwirthschaftsbank granted the Upper Palatinate town of Hemau a loan of 120,000 marks, which it used to modernise its water supply. The town built a new well, new reservoirs and water pipes, expanded the pumping station, installed a modern turbine and laid modern house connections.
Repro from: Böhm, Feuerer, Schwaiger, Wasserversorgung der Stadt Hemau, 2014, page 66. 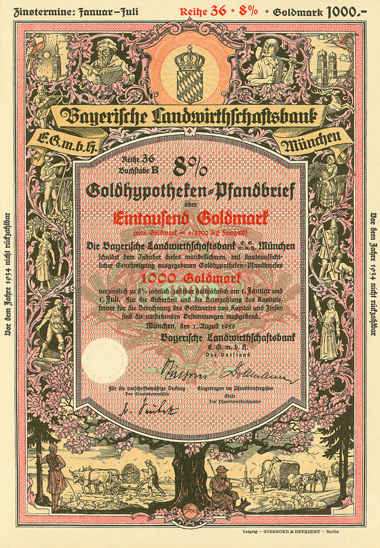 From the very beginning, the Bayerische Landwirthschaftsbank refinanced itself primarily by issuing Pfandbriefe backed by mortgages on property. The Pfandbrief, especially the Mortgage Pfandbrief, has always proven to be a reliable source of refinancing, especially in uncertain times such as World War I, the global economic crisis or the financial market crisis of 2008.

The Bank’s Pfandbrief issues repeatedly broke new ground. In 2014, it was the first bank to issue an ESG Pfandbrief. This made it a pioneer for sustainable and green Pfandbriefe, which have since experienced a significant upswing. Image: A gold Mortgage Pfandbrief from 1928. 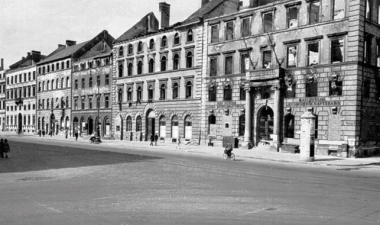 After the National Socialists came to power in 1933, the Bayerische Landwirthschaftsbank also was also brought into line with party policies. It was a difficult time for business. According to the Reich Hereditary Farm Law (Reichserbhofgesetz), the property of farmers who had inherited their farms (Erbhofbauern) could not be burdened with mortgages. New business declined. But the Bank found a solution. Starting in 1934 it began to finance homes in the countryside and the suburbs of cities. In doing so, it laid the foundation for today's core business area, financing residential property.

At the beginning of January 1945, the building that the Landwirthschaftsbank had moved into at Ludwigstraße 7 in 1926 was destroyed in a night-time bombing raid. Only the cellar with the safe remained undamaged. But business had to continue: Part of the operation was relocated to the employees' homes. In addition, temporary offices were set up in the basement. The Landwirthschaftsbank was also given temporary accommodations in the neighbouring building and a few houses away at the Süddeutsche Bodencreditbank. Thus the bank was soon able to resume its business operations - at least to a limited extent. 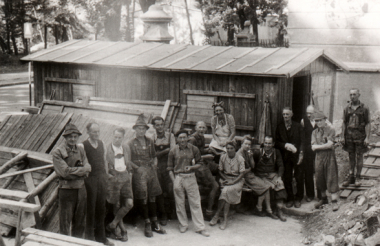 When the war was over, the Landwirthschaftsbank had to find a new building. The ruins in Ludwigstraße had to be cleared to widen a street. The Bank found what it was looking for at Nußbaumstraße 12, near Sendlinger-Tor Platz.  Although this building was also in ruins, the Bank’s employees rebuilt it brick by brick themselves. In 1948, they were able to move into the building and the Bayerische Landwirthschaftsbank made its comeback from here.

But the new beginning was tough. As late as 1948, the annual report stated that new business was "next to nothing due to the confused monetary situation". This was to change soon following the currency reform. The economic miracle and the reconstruction of the destroyed cities led to rapid growth. 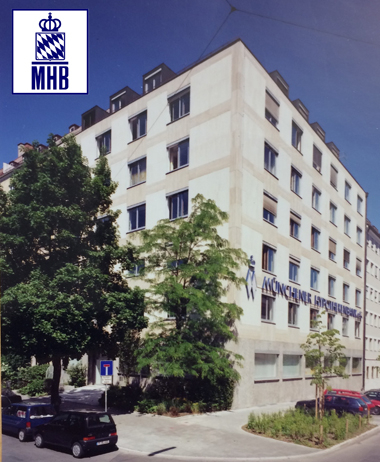 In the 1960s, the financing of property and municipal loans became increasingly important, while loans for farming declined more and more due to structural changes. By 1971 their share of the total loan portfolio had fallen to 30 percent.

Consequently, the Bank gave itself a new name in the same year: Münchener Hypothekenbank eGmbH. The old name was not only considered outdated because of its antiquated spelling, it also no longer reflected the Bank’s business model, which in the interim had expanded to cover all facets of mortgage financing. It now offered loans for housing, commercial property, farming and municipalities. 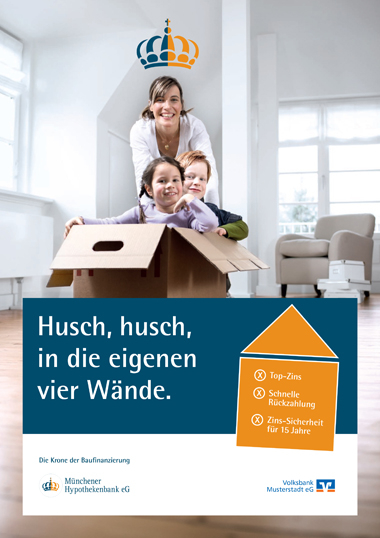 The close ties with the Volksbanken and Raiffeisenbanken intensified significantly in the seventies. Münchener Hypothekenbank's sales now relied primarily on the Cooperative Financial Network. The regional cooperative banks arranged loans and customers in return for commissions. In order to strengthen relations with the cooperative banks, the Bank established branch offices throughout Germany from the 1970s onwards. Today, the Bank operates eleven regional offices that serve the partner banks locally.

In addition, special loan products were developed for the Volksbanks and Raiffeisenbanks: the SOFORT Loan (Immediate Loan) in 1978, the Munich Direct Loan in 1988, the Forward Loan in the 1990s and, more recently, the Green Loan and the Family Loan. To this day, the primary cooperatives are the Bank’s most important sales partner. In 2020, the cooperative partner banks brokered € 3.1 billion in residential property financing to MünchenerHyp. Image: A photo from the brand campaign of 2008. 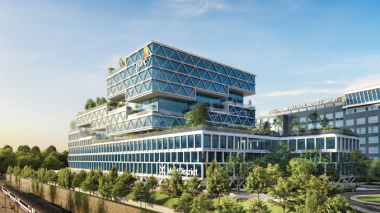 Just one year after the outbreak of the financial market crisis in 2008, an upswing in the property market began that was triggered by the central banks’ loose monetary policy, which has continued until today. MünchenerHyp benefited from the boom in both residential and commercial property financing and was able to grow its new mortgage business very strongly.

MünchenerHyp began to expand its commercial property financing business at the start of the new millennium. Its customers are primarily professional property investors in Germany, other Western European countries and the USA. It also cooperates with the Volksbanken and Raiffeisenbanken in this business segment. The Bank primarily finances office properties, retail properties, logistics properties and residential property portfolios. It also participates in syndicated financing deals including the purchase of this impressive office building in Brussels in 2021.
Illustration: BayernLB 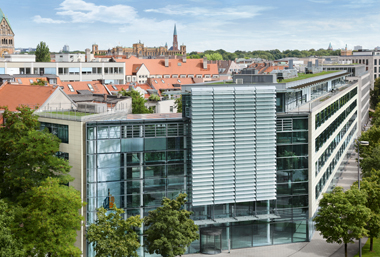 Today, MünchenerHyp is one of the major European banks directly supervised by the European Central Bank. Thus, a regional mortgage bank for Bavarian agriculture has become an international property bank. At the same time, it has always remained true to its cooperative roots and still operates under the legal form of a registered cooperative. The cooperative guiding principle continues to shape the Bank’s business policy and corporate culture.